Makeup - MAKE ME UP!

I used to be super lazy about makeup which also meant being super stupid about how much I spent on it.  In my younger days...ha! I'm so old.. I just said 'younger days'!  I meant early 20's when I didn't have anyone else that cared about how I spent my money.  Anyway, I'd just go to MAC, have them make up my face and then buy what they used.  WHAT?  Dumbass walking out of there $350 later.

One day I read an article that talked about what makeup you should spend your money on and what makeup you can just buy from the drugstore.  Thank goodness I read that article!!  I don't think I stuck to exactly what it said.. but mostly.

So now I always buy my mascara from CVS or Target.  I was using Maybelline's Lash Blast for the longest time but I just bought Maybelline's One by One mascara and LOVE LOVE it. It goes on perfectly, not clumpy and separates every lash.  I am a huge fan and it's only around $7 at CVS - $5.50 at Target.  I always use waterproof and apply lightly to the bottom lashes to avoid black under my eyes.  Note: I'd prefer to get fake lashes and not have to worry about this at all!  Hmm..maybe as part of a post investigation.  Stay tuned.. 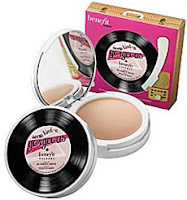 As far as a foundation.. I'm sure the article said this was something to actually spend on but  -  In the fall/winter months I found Revlon Colorstay works great for me.  Goes on nice and lasts through the day.  It works even better when I use a primer first like SmashBox Photo Finish Foundation Primer. You don't need to use much primer at all as it spreads very easy.  In the warmer months I don't like a lot of foundation coverage and as I get some color on my face I just don't need it so I switch to benefit Some Kind-A Gorgeous. I fell in love with it! It looks so natural, goes on so smooth and lasts.  It used to only come in one shade that suited most everyone but now comes in Lite, Medium, and Deep.  It costs $28 at sephora and I go through it in about a month or so, so I only treat myself to it for a portion of the year.  The Revlon Colorstay is about $14 at CVS and lasts me for months. 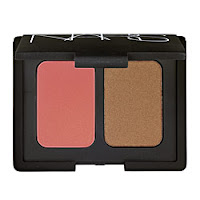 I also spend money on my bronzer/blush.  My go to year round is a NARS bronzing blush duo - Laguna bronzer and Orgasm blush.  These colors tend to work with most skin tones so they're good for winter and summer months, pale and tan.  Around $40 at sephora and last me about 6 months at least.

Next makeup post...super easy eyeshadow application! Back up people, I'm going to try video!!!  ;-)
Posted by passionate pea at 10:11 AM

Enter your email below to have new posts sent directly to you!